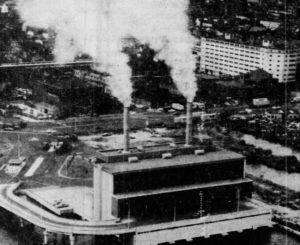 How could they burn our recycling?

This question has been at the front of my mind since the winter of 2019, when I learned that the majority of recyclable materials collected in the city of Philadelphia were being burned at a waste incinerator in Chester, Pennsylvania. This exhibit focuses on Philadelphia's ongoing incineration controversy, with the first half chronicling the events that led to Philadelphia sending more than half of its collected municipal recycling to Covanta Delaware Valley, the largest waste incinerator in the country. The second half of the exhibit discusses the technology and regulations that “control” incinerator emissions, the environmental implications of incineration, and the public health threats incinerators pose to residents in the Philadelphia area.

It has become apparent that trash disposal and recycling aren’t just municipal challenges anymore. The global waste crisis is expanding at breakneck speed. Solutions are limited, and the ones available are usually financially unfeasible or actively threaten public health. But here in Philly, with the rollout of the Zero Waste and Litter Action Plan in 2017, there is hope that at some point in the future, mass waste incineration and the incineration of recyclables will be a practice of the past.