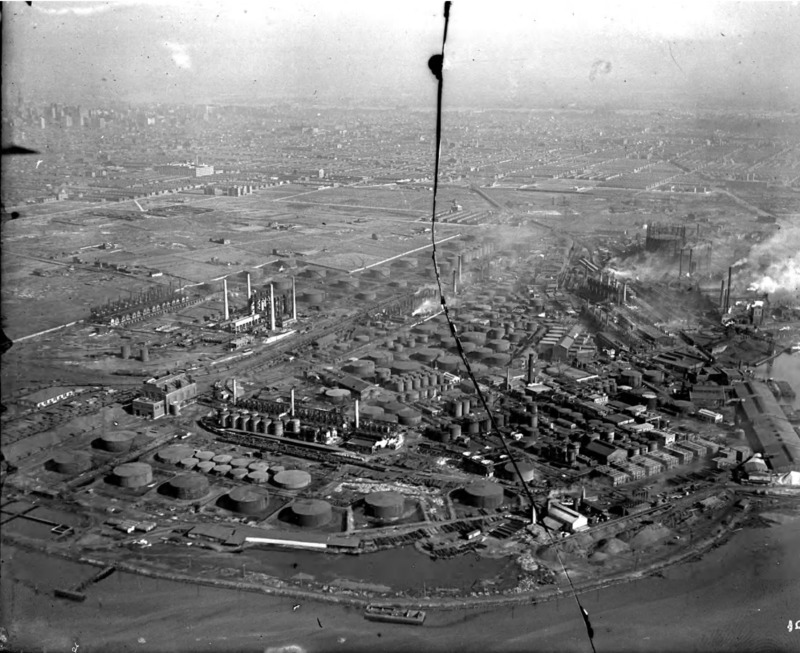 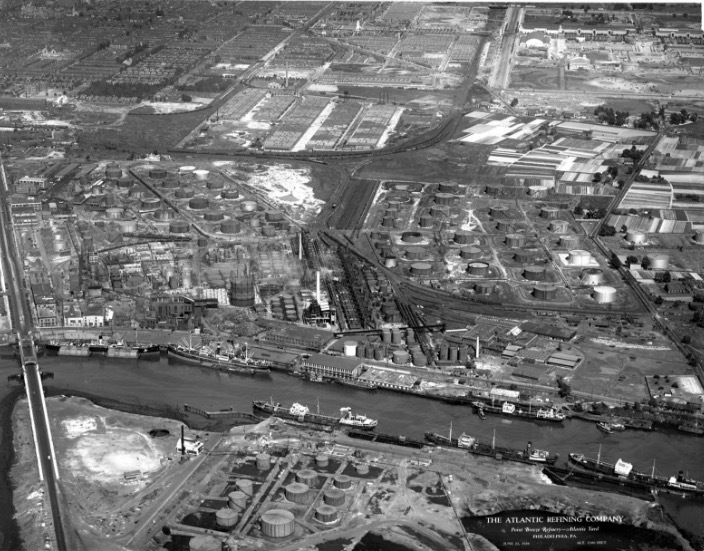 Aerial view of the Atlantic Refining Company taken by the Aero Service Corporation.
Image courtesy of the Library Company of Philadelphia

History of the South Philadelphia Refinery

During the second half of the nineteenth century, Philadelphia emerged as a major petroleum hub. Philadelphia’s location on the Schuylkill River allowed the City to become the main entrepôt during Pennsylvania’s first energy boom in the 1850’s. Construction of refineries, storage tanks, pipelines, and railways lines began in Philadelphia in the 1860’s. The former PES refinery was initially known as the Atlantic Refining Company. In 1866, originally founded as the Atlantic Petroleum Storage Company as a storage facility, this space soon expanded to include petroleum refining. The Atlantic Refining Company had been owned by Standard Oil since 1874 and the facilities expanded during the 1880’s. 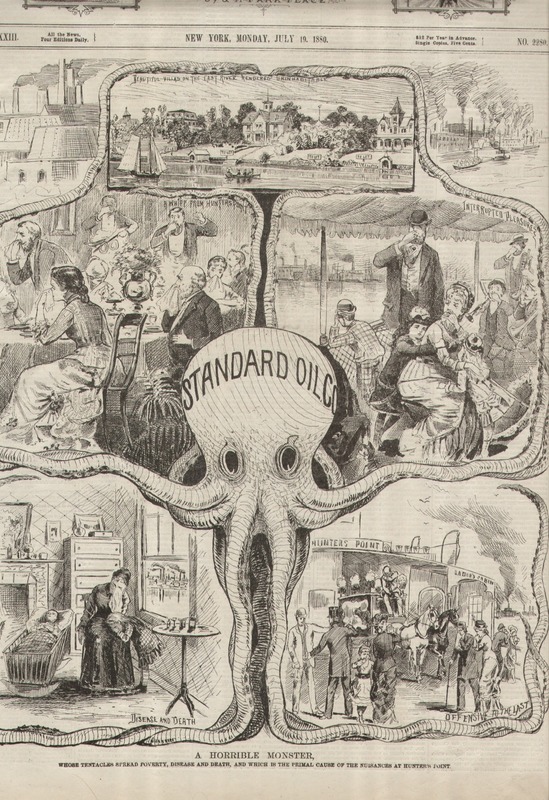 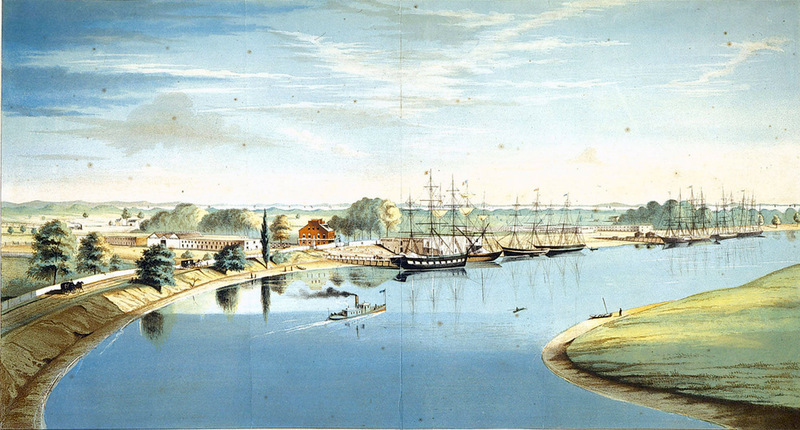 Residents concerns about the refinery’s impact on the City’s air and water quality can be dated back to the 1880’s as illustrated in a cartoon criticizing Standard Oil. The cartoon depicts Standard Oil as an octopus, or "A Horrible Monster", “spread[ing] poverty, disease and death.” The cartoon shows Victorian women holding their noses and children crying due to the refinery’s smoke.

By 1891, 50% of the world's illuminating fuel and 35% of all U.S. petroleum exports were coming from the Point Breeze refinery. In 1907, the Atlantic Refining Company's petroleum products made up 22% of the city's export trade. The Gulf Oil Corporation opened the second site at Girard Point in 1926. Prior to it’s recent closure, the refinery in South Philadelphia was the oldest continuously operating petroleum facility in the world, producing around 335,000 barrels of crude oil daily

← "A most happy imitation of nature": A Brief History of Gray's Ferry
"The projects was like its own little city": Gray's Ferry in the Mid-20th Century →
"A Horrible Monster": Gray's Ferry and Industrialization